Let's stop our homes killing us in winter 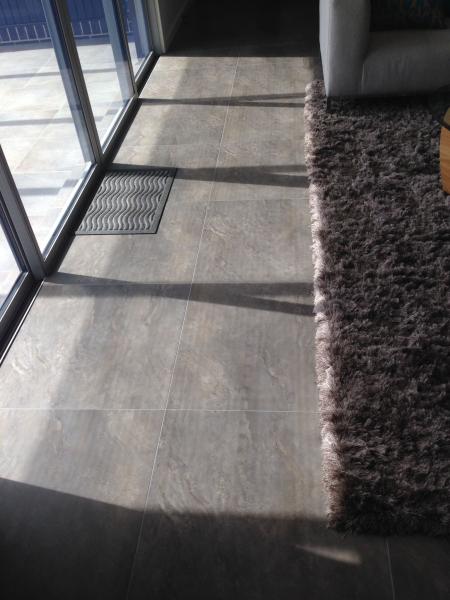 This blog post has been a long time coming which you can easily tell if you look at the published dates.  Things have been rather busy lately.

This post will be part information and part rant.  I apologise for this in advance but I am quite passionate about this topic.The issue is this: Our poorly designed homes are killing people.  Sounds rather extreme doesn’t it?  It is true though.

Over the last two months since winter has arrived, I have heard so many news stories of people either being injured or killed in house fires or suffocated by carbon monoxide due to bringing outside heaters indoors.  Why is this?  It is because of poorly designed housing that is too cold in winter and people doing whatever they can think of to stay warm.

Sydney has winter.  We may deny it most of the time but we do for almost 3 months of the year have cold weather.  Weather cold enough that you do need at least some level of heating in most homes.  The thing is though that if our homes were designed and built efficiently, the amount of heating required would be minor and the risk of house fires and the like would be significantly reduced.

Having said that, Sydney’s winters are mild compared to other parts of the world.  So we don’t really need to do that much.  The fact of the matter is that we don’t do anything at all and that is the problem.  In Northern Europe, parts of North America and the UK the temperature differential between indoors and outdoors in winter can be in the order of 30 or 40 degrees.  In Sydney, the temperature differential is just under 20 degrees yet many English people I know say that they have never felt colder than in a Sydney winter.

Our homes are just not designed to deal with the cold weather.  We don’t need to go to extreme lengths to deal with this.  We just need to at least think about it.  So what can we do? Let me count the ways…

So many existing houses have no insulation whatsoever.  In days gone by, when most houses were built in double brick, the walls themselves had thermal mass providing some level of insulation.  Indeed, I lived in an apartment above a shop that was built in the late 19th Century.  It was built of brick with double brick walls and had other “shop top” type apartments either side.  We hardly ever had a heater on during the entire 6 years we lived there.  That apartment was so thermally stable all year round.  We had no need for aircon in summer either.  We just opened up the front and back doors and let the breeze through.

You can insulate roofs, walls and under floors whether they are timber or concrete.  Insulation is critical.  It is passive and once installed, doesn’t cost you any more money.  Why wouldn’t you install it?

Double glazing is considered standard building practice in many parts of the world and still considered a luxury extra in many parts of Australia.  No doubt it is much cheaper to install double glazing in other parts of the world than it is here. Exactly why so many things are more expensive here than in other places remains a slight mystery (but that is an entirely different conversation for another day).  This is another item that once purchased up front has no further running costs and does all the work for you.  The trick with double glazing though is to make sure that it is installed correctly with no gaps around it.  The best double glazing can be rendered ineffective if there are leaky gaps either side.

3. Zoning within your home

I have often asked “is open plan living all it’s cracked up to be?”  My answer is no.  Often people are sold the dream of open plan living without really understanding the consequences.  Why do builders like open plan living?  Well it’s cheaper for a start.  They are saving on walls and doors and making spaces look so much bigger because there is nothing defining them.

The fact of the matter is that a strategically placed door here and there can reduce significantly the volume that you need to heat and cool.  Those doors if located correctly can maintain the “open plan” feel that people love without the unnecessary heating and cooling of hallways. If these doors are glazed, you can still get light through the house while reducing heating requirements.

It’s free!  You can argue if you like about installing solar power.  Personally I am a big fan of such an approach.  However, even if you don’t wish to do that, with the correct orientation and clever design you can get the sun to shine in your living areas in a way that can reduce the amount of heating required.  Direct sun shining on a tiled floor on a concrete slab can help take the chill of a room.  If you know any cats, watch where they sleep.  No doubt it’s the warmest and most comfortable spot in your home.

Now we are getting a bit more high tech but there are a couple of options with underfloor heating either electric cables or hydronic (heating with water) tubes within your concrete slab.  I once worked in an office that had underfloor heating.  This was set at 18 degrees, so not crazily hot but enough to take the chill off the space and for it to seem comfortable on cold winter days.

There are a few around and one that I am familiar with is a Ventis system www.ventis.com.au  This involves taking warm air from inside your roof space, filtering it and redistributing it through vents in your ceilings around your home.  It uses next to no power to run and is significantly cheaper than air-conditioning. It works both in winter and in summer to keep your home more comfortable all year round.

Now this is an approach to building that I think the 21st Century needs.  Originally developed in Germany the Passivhaus system involves tracking a whole heap of numbers in terms of energy usage, water usage and air tightness.  In a nutshell, it means the external skin of your building being air tight including all gaps in walls, windows and where services go through walls, then ventilating with a system similar to that mentioned above.  This means that the ventilation is intentional and controlled rather than accidental as almost all houses in Australia would currently be.  Of course when the weather is benign you can open as many doors and windows as you like and let pleasant breezes through.

The most obvious thing we can do to feel comfortable throughout the year is to dress to the conditions.  So in winter, wearing one extra layer can go a long way in reducing the amount of heating required.  Having a decent doona on the bed can also reduce those heating requirements overnight.

I am sure there are many other more technical methods of reducing heating needs as well.  Surely these, though, are a good start.  The more we can do to reduce the need for additional heating, the less chance there is of heating related house fires and carbon monoxide poisoning.  Surely for everyone’s safety this is well worth doing.